Fixing a Greenhouse and Learning How to Use a CNC Router

Posted on December 15, 2014 by Thimplum
Guest post from Mattias about a recent project:
Sometimes, things break. As my grandparents recently discovered, injection molded nylon has a special affinity for this behavior after many years of use. 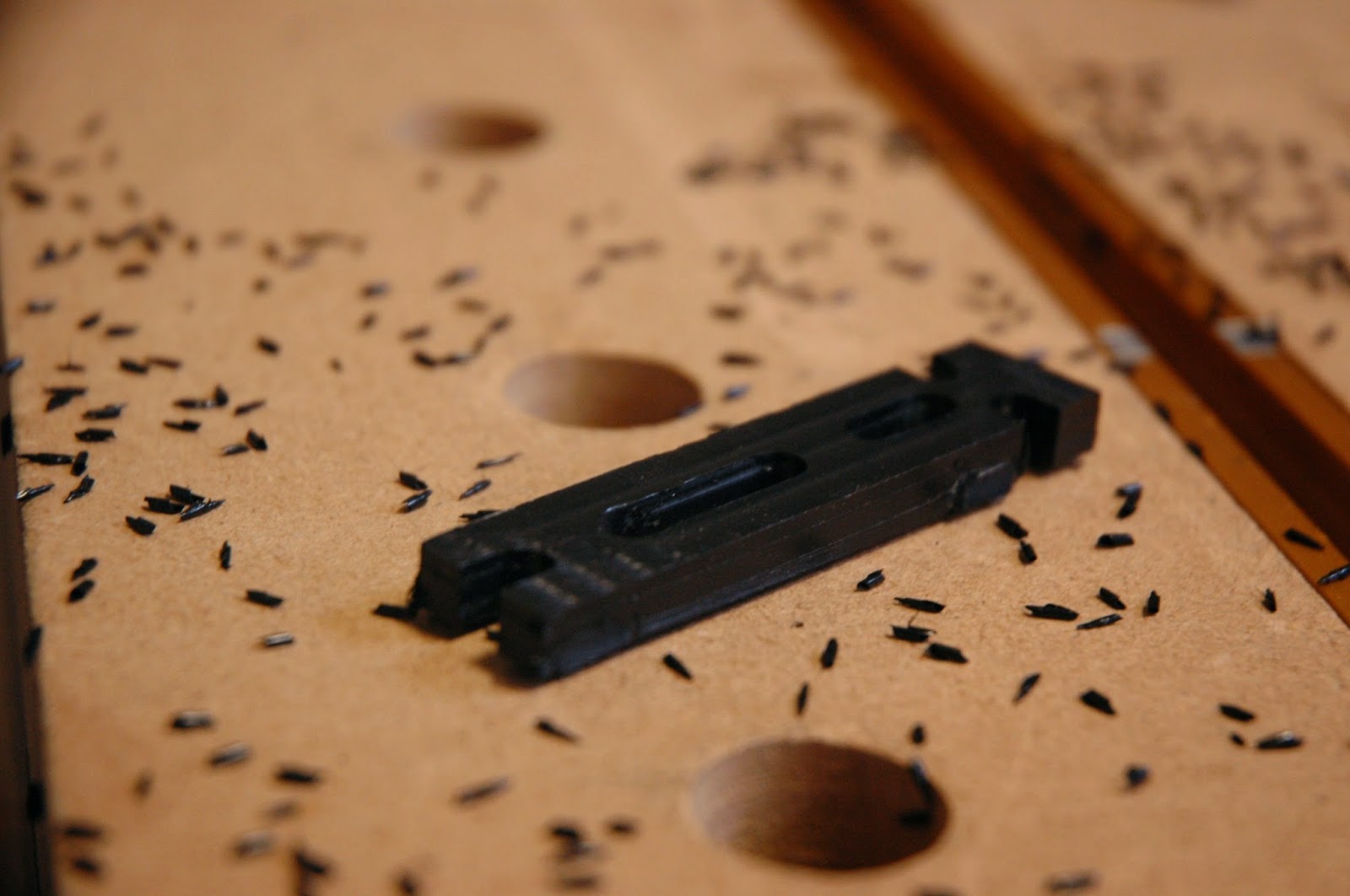 The “T” shape at the top of the part slides up and down an aluminium channel, part of a greenhouse door assembly. The rest of it bolts into the door itself. When these parts broke, my grandparents asked me if I knew of any way to make more. My first thought was 3D printing, but I didn’t think that the layers would hold together well enough from repeated sliding.

I contacted Chris, and we decided that the best option would probably be cutting them on the wood router out of a solid block. Chris had some HPDE left from another project, so we used that. We cut them in three batches of four.  We had multiple identical pieces of this scrap, so that made it a much more simple task. A picture of our setup on the table is below: Here they are being cut: 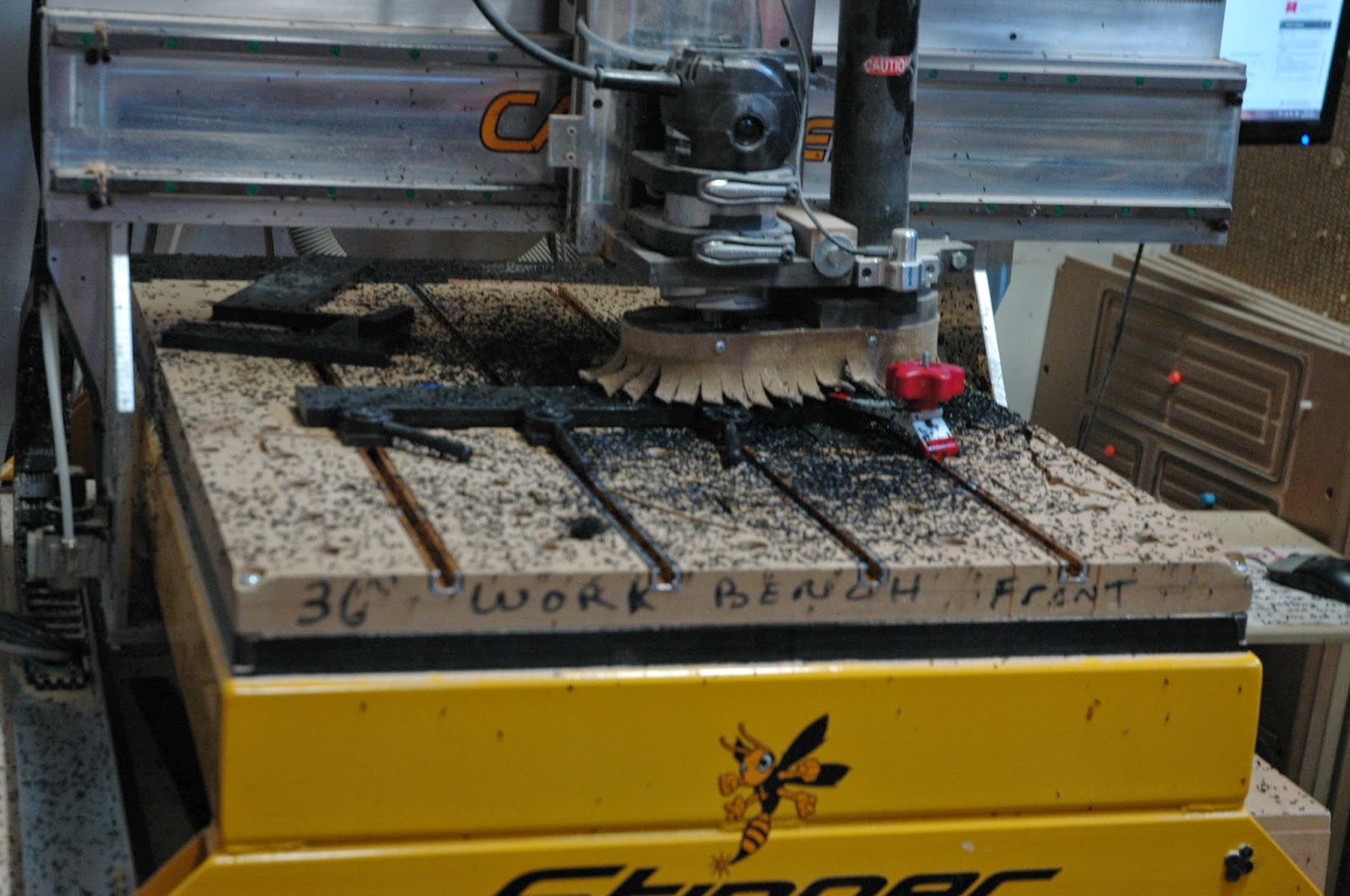 And of one of the three batches of parts after they were cut. 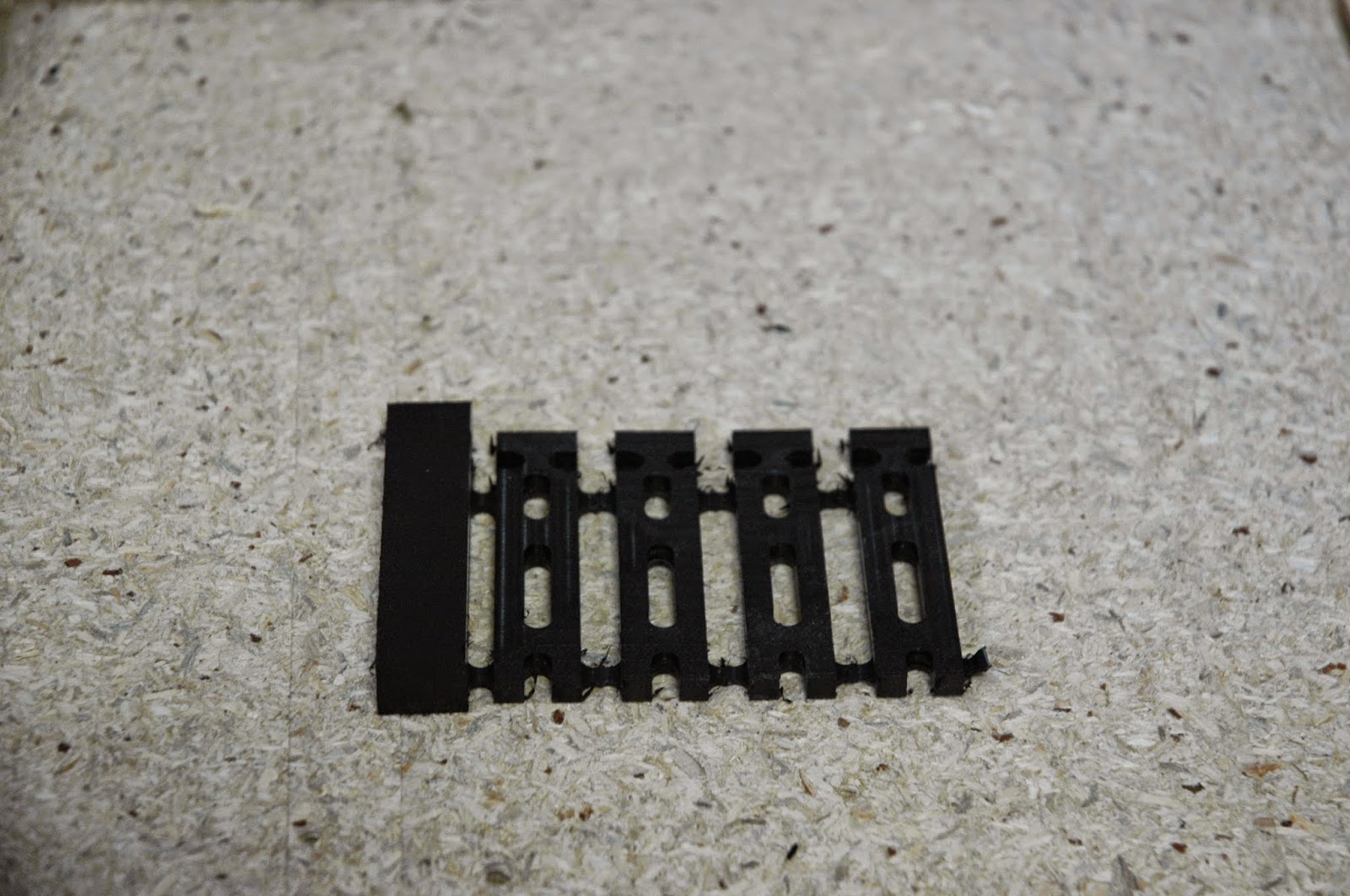 Chis would then cut the tabs apart on a bandsaw and give them to me so I could remove the tabs using the belt sander. Here’s a picture of me trying not to lose my fingernails. 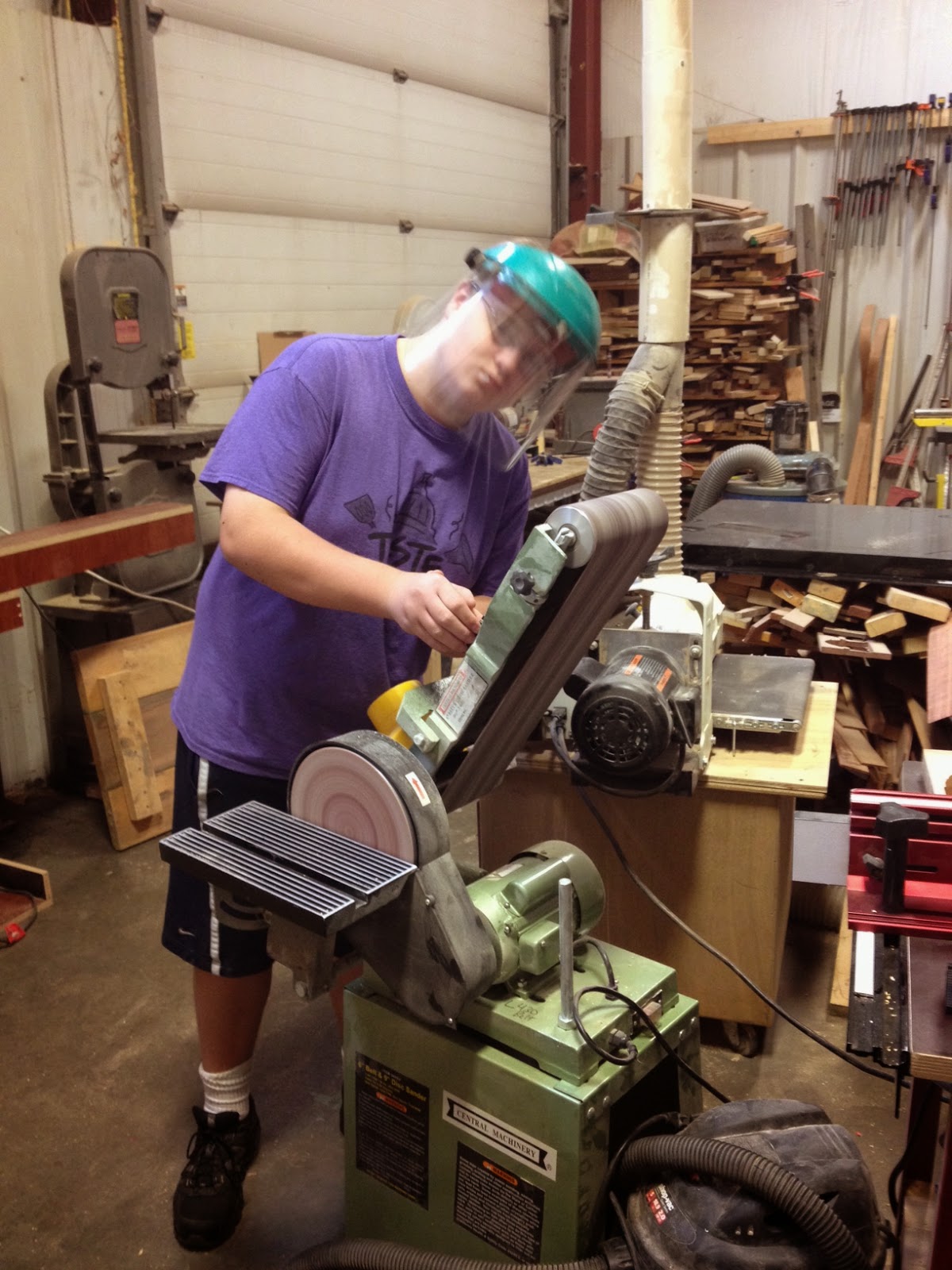 A picture of the finished part is at the top. I did a bit more sanding on it before sending them off to my grandparents. All in all, it was a great experience, and the people at Sector67 were very nice and happy to help.
Posted in Uncategorized